Fighting the Fog at the VLN

Our epic three week adventure in Europe had a second stop with our family at the Aston Martin Nurburgring Test Centre. Whenever we head to the Ring, our very first stop is to this place where all my racing adventures began. 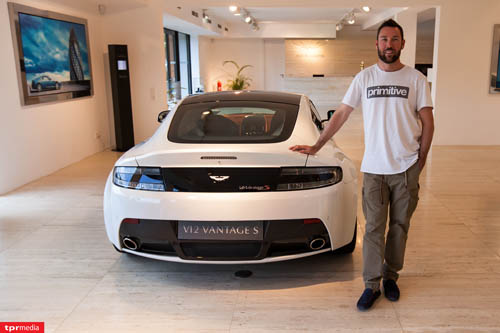 After visiting the team at Aston, we started heading to our trackside hotel, the Dorint at the Ring. Being a quieter time at the track, there were plenty of prototypes around and as we left the Test Centre, we spotted this special car and had to double back for a second look. Turns out it was a Koenigsegg One:1 and with only 6 being produced, it is certainly one very rare car! 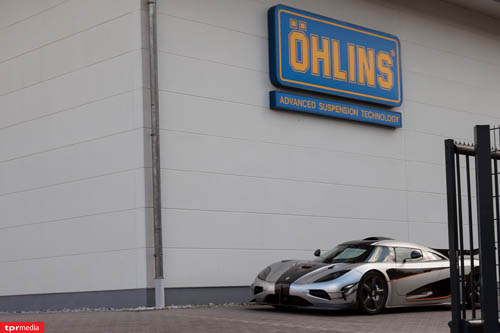 The car spotting fun continued at the hotel, with both a new Mercedes GT and a Porsche 918 in the garage. 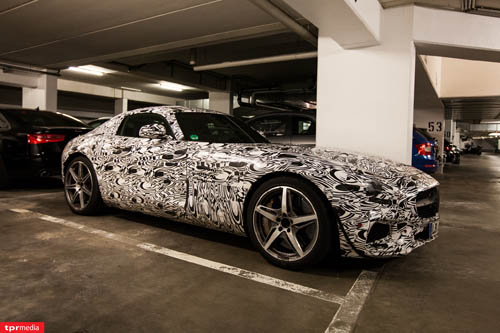 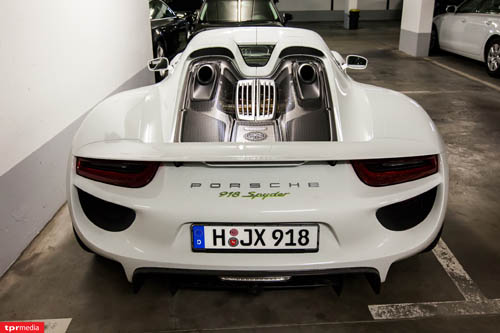 As much fun as it is to keep car spotting at the Ring, it was important to get in some practice before getting back on the Nordschleife, so we went to the Race Room to get some time on the sim. 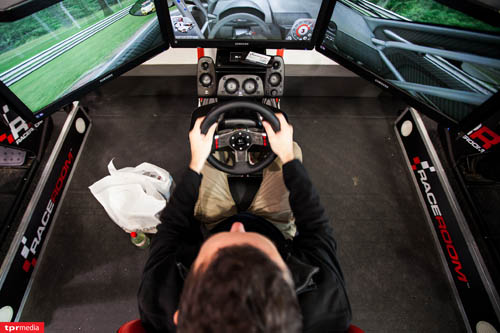 That first night at the track, we were greeted with the most stunning sunset over the main paddock. 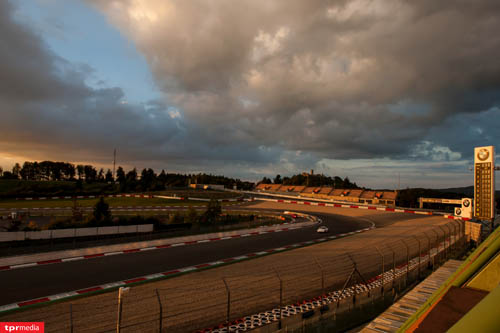 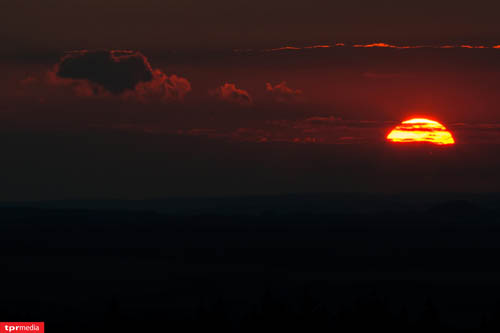 Friday morning and it was down to business as we headed to the office. 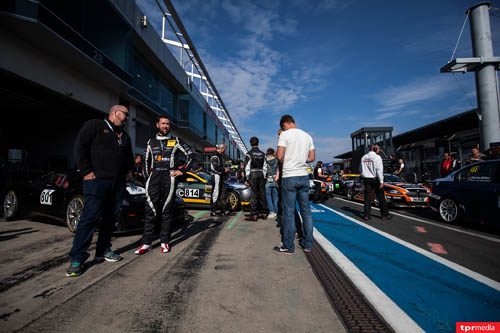 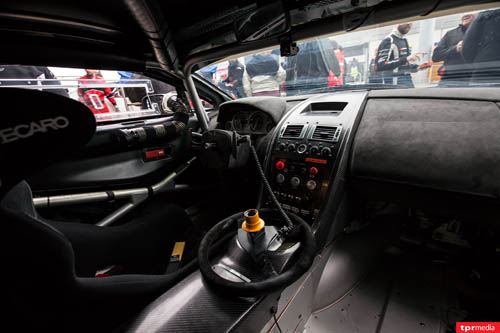 It was our first practice session and the pits were pumping. Teams were getting ready to race and the place was absolutely packed. 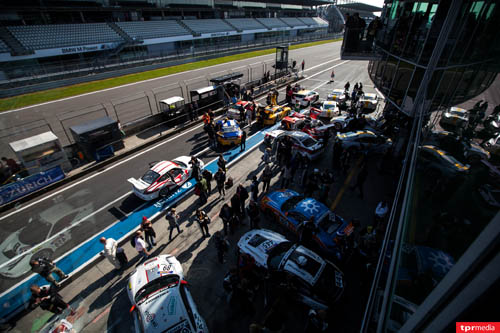 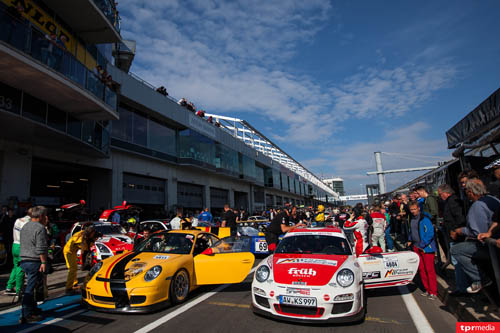 We were going to either be driving the blue V12 Vantage better known as “Woody” or the new N430 that debuted at the N24 with the CEO of Aston Martin Dr Bez behind the wheel and fellow Aussie Mal Rose was also part of the team in that car, so it has some great heritage already ! 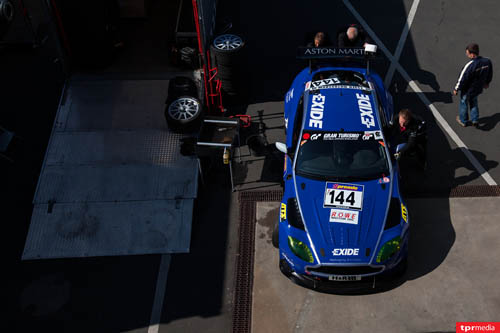 With Woody deciding to misbehave during practice and a small fire breaking out that melted wires and ruined her chances of starting, we moved straight into the  N430. 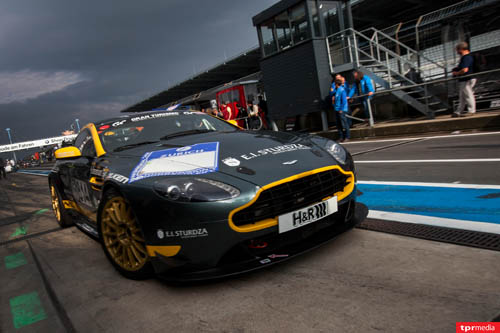 It was my first time in this model, so it was a totally new experience. As I waited for my drive, I was catching up with the team and drivers that were all arriving for this first session. Being the big family that Aston is, it’s always so amazing to catch up with the drivers and crew. 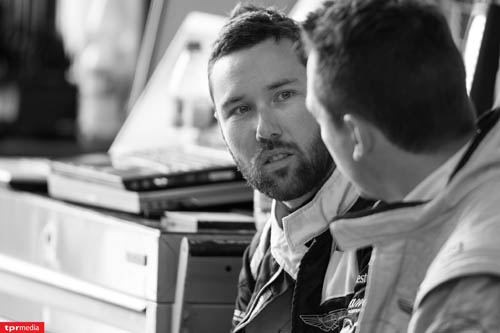 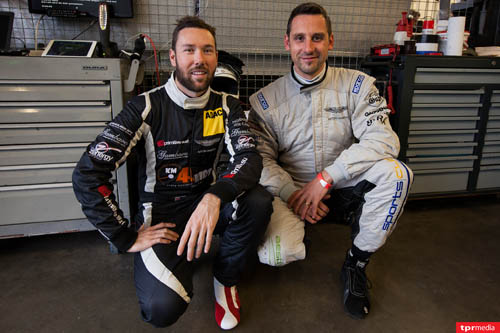 Before long, it was time to suit up and get behind the wheel. Mario and Christian were there as always helping me get settled into the car. 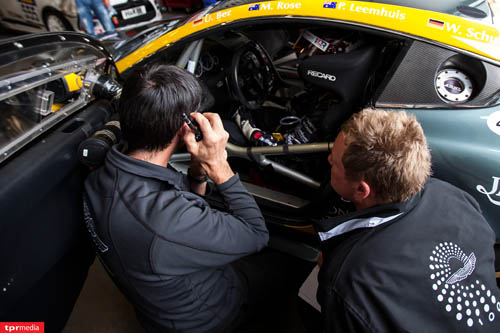 And whenever I am getting prepped for racing, you can always spot the watchful eye of my manager Dave, always ensuring that everything is being taken care of. 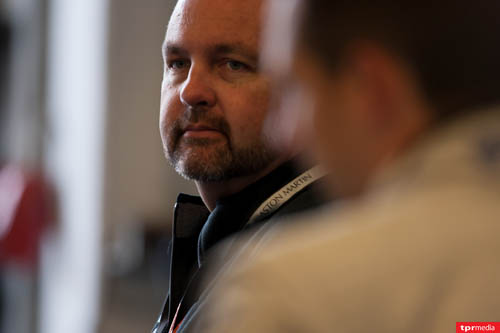 In the car, it was easy to notice the differences, with a V8 rather than the V12 and a 7 speed gearbox, the N430 was light and nimble and felt absolutely amazing on track. 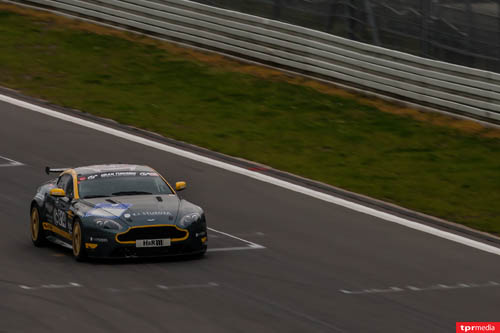 We wrapped up the day getting a good feel in the practice session, then packed in in ready for an early start. 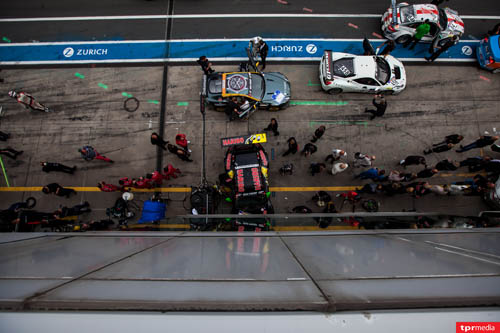 Saturday morning, we woke early and fog was thick over the track. This is fairly normal here, we hoped it would clear before too long. 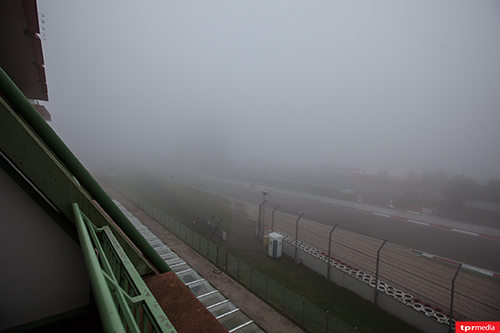 We headed to the pits and prepared for qualifying, despite the limited visibility. 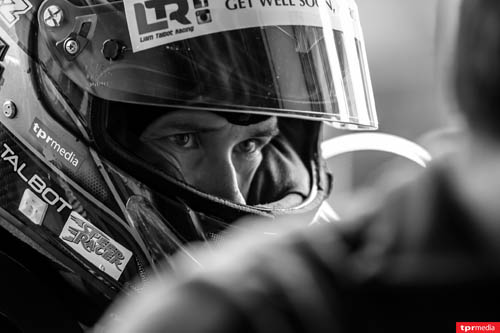 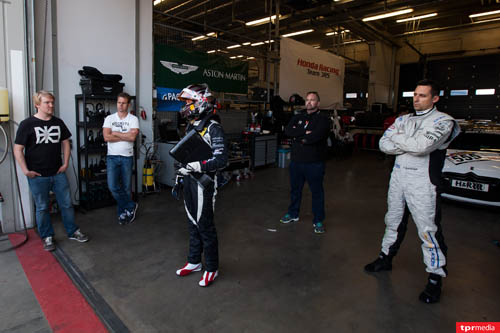 I had completed less than two laps when the red flag came out and the call was made to bring the cars off track and hope for the fog to lift. The photo below is taken just over the crest at Flugplatz and you can see that there is no visibility past 50m. 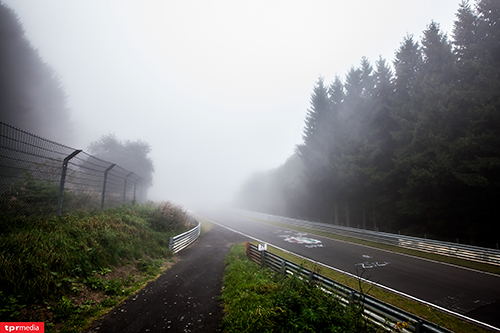 Three hours passed and the call was made to cancel the event as the weather failed to improve. It was certainly not the result we had hoped for, but we did what we always do and made the best of the situation! It was so fantastic to spend the evening with the team from Aston Martin at the famous Cockpit Bar. 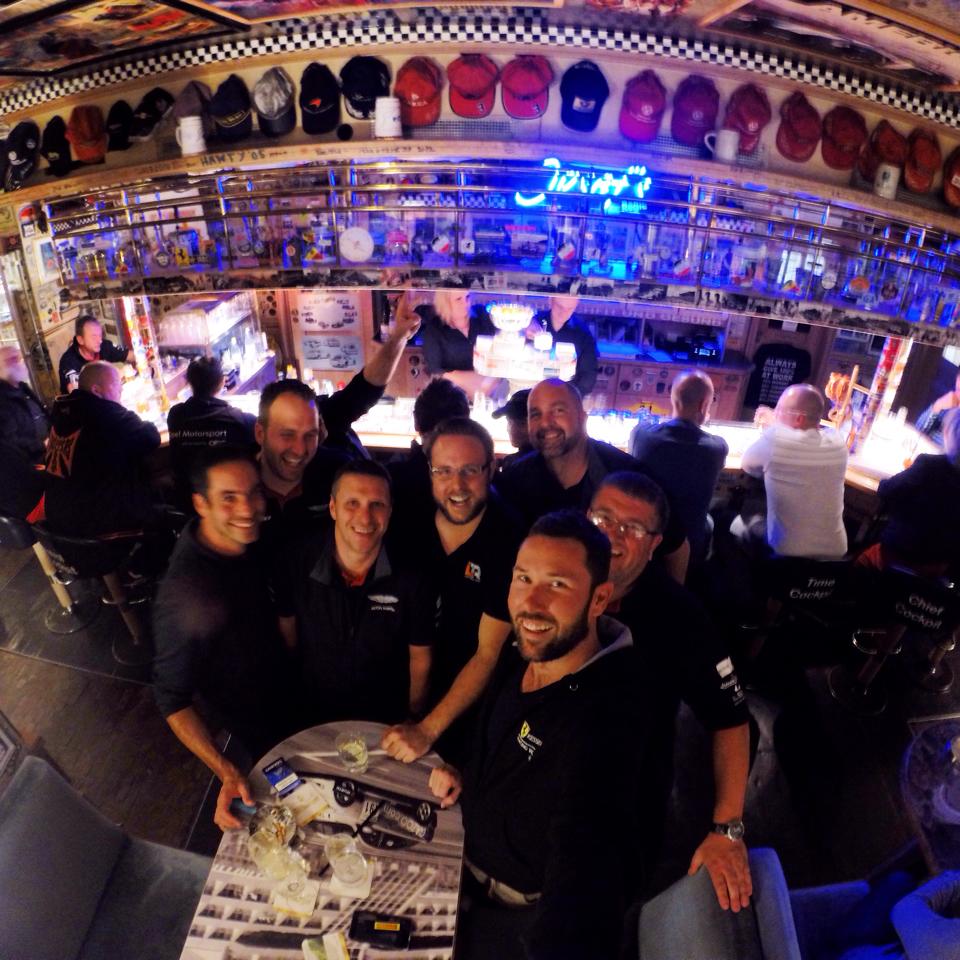 It is always such a pleasure to work with the team at Aston Martin, they really are an amazing group of people to race with and although we didn’t get a result or to race, it is always an honor to compete with them and I assure you that we’ll be back again racing with AM!