Aston Martin Racing will return to the Nürburgring later this month (21 June) to race its Bilstein-liveried V12 Vantage GT3 in the ADAC- sponsored 24-hour race.

The iconic blue and yellow liveried car, also carrying new Castrol Edge branding for 2014, will compete for the overall race win in the top SP9 class for FIA homologated GT3 on 21-22 June.

Continuing its tradition of intensive product prove-out at this unique and gruelling race, Aston Martin will also enter two race-prepared V8 Vantage N430s, one in the SP8 class and another in the SP10 class. The latter will be piloted by British journalists Chris Harris and Richard ‘Dickie’ Meaden and Nürburgring-experts Oliver Mathai (DE) and Andreas Gülden (DE). A close-to-production V12 Vantage driven by an Aston Martin Test Centre team will run in the SP8 class.

“When I jumped in, the car immediately felt very good,” said Turner. “We led the 24 hour race for 10 hours last year so we know the car is competitive, and I couldn’t ask for better team-mates than Stefan and Pedro [Lamy].

“We just need to have a trouble-free run on the day, as that is the way we are going to be able to take the fight to the big manufacturer entries.”

For the 24-hour race in June, five-times N24 winner Pedro Lamy (PT) will join Turner and Mücke on the 25km-long circuit that is famous for its undulating nature, ever-changing surfaces and unforgiving corners.

Aston Martin has been racing at the Nürburgring since 2006, facilitated in recent years by its permanently-staffed Test Centre adjacent to the circuit. From this base, all of the company’s road-going sports cars are developed and signed off, and a successful driving academy and customer racing programme is run by Test Centre Director Wolfgang Schuhbauer and his team.

“The DB9, V8 Vantage, V8 Vantage N430, V12 Vantage S, Rapide S and Vanquish have all benefited from development at the Nürburgring,” explains Schuhbauer. “A key part of the sign-off process for all new Aston Martins is a 10,000km durability test on the famous circuit and, since 2006, we have also used the 24-hour race to showcase the reliability and build-quality of our cars.”

For the 2014 race, Schuhbauer will be behind the wheel of one of two 4.7-litre V8 Vantage N430s. The cars will race in close-to-production specification, but featuring full FIA race safety equipment. His fellow drivers will be Dr Bez, and Australians Mal Rose and Peter Leemhuis.

In the second of the V8 Vantage N430s, British journalists Chris Harris and Dickie Meaden will be joined by Oliver Mathai (DE), who has raced at the Nürburgring with Aston Martin since 2007, and Andreas Gülden (DE), chief instructor at the Nürburgring.

Pure, unadulterated fun is what lies at the heart of the new V8 Vantage N430. Honed on the track to excel on the road the N430 – available in Coupe or Roadster form – boasts a power hike to 436 PS at 7,300 rpm that brings its output up to that of the spirited V8 Vantage S.

Ally that inherent dynamic capability to lightweight and sporting-biased features as standard such as carbon fibre and Kevlar® seats and ten-spoke forged alloy wheels in a new graphite painted finish – together yielding a weight saving of 20 kg – and it’s clear that the GT4-inspired N430 has been created to deliver exceptional performance with a club sport ethos.

The final entry from Aston Martin in this year’s N24, a close-to-road-specification V12 Vantage, will be driven by Liam Talbot (AU), Marcus Mahy (GB), Peter Cate (GB) and Egon Allgaeuer (AT).

“The Nürburgring 24 Hours is one of the most challenging races in the world,” comments John Gaw, Team Principal at Aston Martin Racing. “Aston Martin has an exceptional 100 per cent finishing record in the race and our aim with the GT3 is not only to maintain this, but to give our all to challenging for the race win.

“We have the team, the car and the drivers to do this, but with 200 cars on such a demanding track, and the notoriously fickle Eifel weather, we will need a large slice of good fortune to stand on the top step of the podium.”

In last year’s event, Aston Martin defied the odds to qualify on pole and lead for the first 10 hours of the race before torrential rain and fog red flagged the action on-track.

“As usual we are in the role of ‘David’ to the ‘Goliath’ of the big German brands, but that is a challenge we relish,” adds David King, Head of Motorsport at Aston Martin. “Last year we were the only British brand to feature in the top 20 on the starting grid – quite a daunting thought!

“We are very fortunate to have long term technical partners Bilstein and Castrol so engaged in supporting our Nürburgring racing programme, as both are technical leaders in their fields and iconic motorsport brands in their own right.” 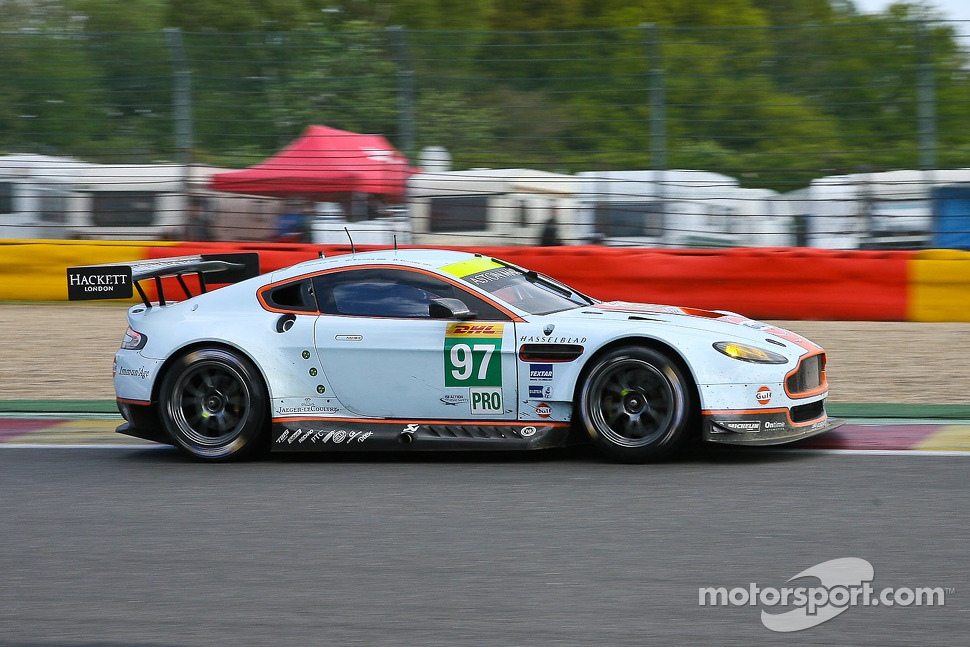 Thank you to Motorsport.com for the article