Racing the Skwirk Audi R8 LMS Ultra, Liam Talbot and Rod Salmon secured their place in racing history as they won the first ever race at the new Highlands Motorsport Park in New Zealand as part of the final round of the Australian GT Championship last weekend. 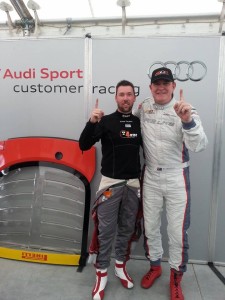